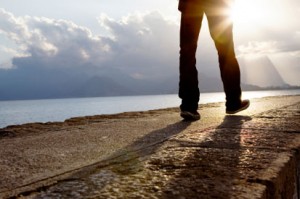 The European Commission has provided a grant for €780,800  to develop cognitive skills for rehabilitation robots being developed by CORBYS (Control Framework for Robotic Systems), a four year European project which began in February, 2011.

These robots will be used for the rehabilitation of people with  damaged limbs who are working towards walking again.  Robots created for this purpose already exist however, “the issue is that they need constant attention and monitoring by therapists and they cannot effectively monitor the human,” explains Dr. Polani who is developing methods to endow these kinds of robots with cognitive skills,  along with Dr. Farshid Amirabadollohian and a team at the University of Hertfordshire.

Specifically, researchers are working on a perception system that will allow the robot  to assess the physical and mental state of the environment it’s being deployed in. These fine tunings aim to create a rehabilitative machine that will understand what its user needs and act autonomously in  response to those needs. To accomplish this, researchers are turning to mother nature for some ideas- “we believe that all organisms optimise information and organize it efficiently in their niche and that this shapes their behaviour – in a way, it tells them to some extent what to do. We believe it will help our system to take decisions similar to organisms and to better ‘read’ the intentions of the human it supports,” said Dr Polani. “Furthermore, we will use these techniques to balance the lead-taking between robot and human.”

Partnerships of this nature are beginning to emerge around the world; the American company GeckoSystems, which specializes in mobile service robots, is about to undergo a joint venture with an undisclosed Chinese wheelchair manufacturing company to produce a line of ¨collision proof¨wheelchairs.  As is the case in many other nations, the Chinese population is rapidly ageing and the government is putting forth extensive resources in order to achieve their goal of providing quality universal healthcare by 2020.

The coordination action of Robot Companions for Citizens is another example of a European sponsored initiative which integrates advances in neuroscience, robotics and new materials. This initiative aims to create novel benefits for society by fostering  the development of new types of robots and a new industry at large.