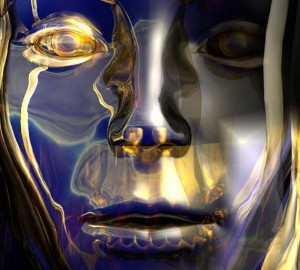 Ghost in the Machine- Guy David

The late professor of English and Cultural studies at De Montfort University, Nicholas Zurbrugg, focused largely on the analysis of the contemporary, the experimental and the avant-garde. His 1999 paper, Virilio, Stelarc and ‘Terminal’ Technoculture, published in Theory, Culture and Society,
discusses the way that various artists and cultural theorists view and portray technology.

Zurgrugg quotes Marshall McLuhan, Canadian Philosopher and literary critic, as stating that ¨The artist picks up the message of cultural and technical challenge long before its transforming impact occurs and builds models for facing the change that is at hand¨.  What challenges does McLuhan refer to exactly? German writer, Heiner Müller, describes that modern technology causes us to face a sort of awkward cultural transition -¨The man between the ages knows that the old age is obsolete¨ but he  feels that ¨the new age has barbarian features he simply cannot stomach¨.

An earlier post in this blog discusses the phenomenon of ¨the uncanny valley¨ where robots that reach a near-human level of  resemblance make us feel uncomfortable. This complex and deeply ingrained phenomena calls for a need for people from diverse disciplines (science, art, philosophy, etc.)  to work together in developing and designing  new technologies that society is comfortable with. For instance, when it comes to the design of robots as sentient machines, what types of features should be included in  their appearance and mannerisms, and which ones should be left out?

You can check out art by Stelarc, an Australian performance artist who has visually probed and acoustically amplified his body and Bill Viola an American video artist who uses video to explore the phenomena of sense perception as a means to self-knowledge.

You can also read an article in  Guardian on the need to integrate art and science.