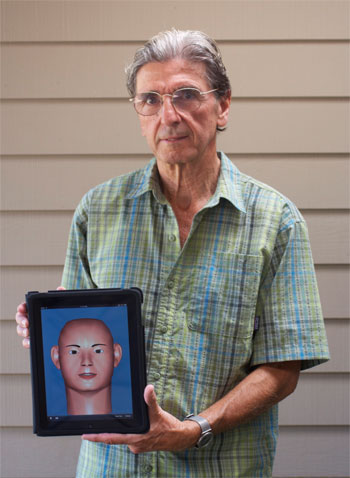 Children appear to learn spoken language rather effortlessly at around 18 months through mere exposure. However, it’s a common belief that the average child will begin to read much later, around the age of 6.

While great individual diversity exists with regards to the age at which children reach these milestones, it’s generally maintained that the cognitive capabilities
required for reading are not sufficiently developed during a child’s first 5 years of life.

Dom Massaro, Director of the Perceptual Science Lab at the University of California, Santa Cruz, wants to challenge this belief. ¨We’re missing out on a huge window here¨ explains Massaro, who maintains that reading can actually be taught at a much earlier age, during a period of explosive brain development.

2 month-old infants can discriminate between fairly complex shapes (ie. a triangle within a circle vs. a square within a circle). Babies can also categorize objects for example animals with 2 legs vs. animals with 4 legs. Although there’s a plethora of data pertaining to the study of these abilities, Massaro points out that not one study has been done using letters of the alphabet.  Why is this the case? Perhaps because it’s just not in peoples’ mindsets to consider that babies could learn written language in a more natural way.

Focused on harnessing the power of the learning brain to help overcome the illiteracy-related challenges that society is facing, Massaro is working on TARA (Technology Assisted Reading Acquisition), an  interactive system that allows infants and young children to acquire literacy naturally.

The actual embodiment of TARA could take on many different forms- from special glasses that would superimpose textual information on the real world, to robots as sentient machine “collaborators” who would  would describe scenes  in written form to the child on a easily-read display worn by the robot. The child could interact with the robot by speech, hand gestures or signs, and writing to further explore written language in an informal setting before starting school.