Get Down With Your Cyborg Side 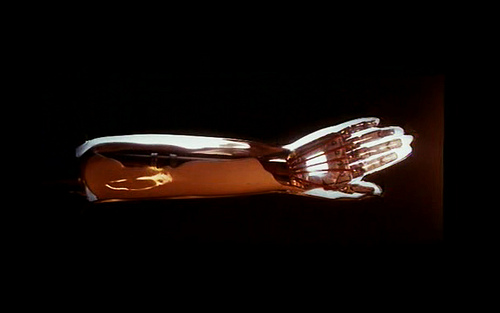 According to writer, philosopher and cognitive scientist Andy Clark, being a  cyborg is just part of human nature

Generally, the term cyborg refers to a biological being whose capabilities have been enhanced by or are dependent on a machine.
Most of us can easily relate this concept to cases such as that of Kevin Warwick, professor of Cybernetics at the University of Reading, England. Warwick underwent his first experimental surgery in 1998 when he had a silicone chip transpoder implanted in his forearm which allowed a computer to monitor him as he walked through the halls of the university enabling him to operate lights, locks, heaters and computers without lifting a finger.

Another example of real life cyborgs are the patients of Viennese surgeon, Professor Oskar Aszmann who has successfully performed several ¨bio-reconstructions¨ whereby patients who suffered accidents rendering a hand paralysed underwent voluntary amputations of their hands in exchange for bionic ones (see BBC’s video below).

However, Andy Clark and others of a like mind do not view intricate implants as prerequisites to cyborgism. In his 2003 book,  Natural Born Cyborgs, Clark states that ¨Human brains maintain an intricate cognitive dance with an ecologically novel, and immensely empowering, environment: the world of symbols, media, formalisms, texts, speech, instruments and culture. The computational circuitry of human cognition thus flows both within and beyond the head… more so than any other creature on the planet, we humans emerge as natural-born cyborgs, factory tweaked and primed so as to be ready to grow into extended cognitive and computational architectures: ones whose systemic boundaries far exceed those of skin and skull¨.

How much of a cyborg are you?

This entry was posted in Robots and Research, Robots and Society, Robots, Brain, Mind and Behaviour and tagged Andy Clark, Bionic hand, Cyborgs. Bookmark the permalink.