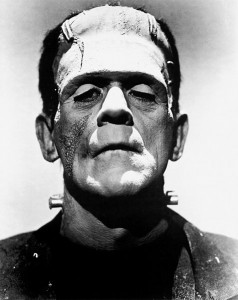 Our apprehension to artificial beings

The term robot was originally used in Karel Čapek’s 1921 play  RUR (Rossum’s Universal Robots). However, the concept of a being or machine  akin to today’s conception of a robot is something that goes back much further.

The notion of artificial beings is present throughout history in diverse methodologies.  In some they are portrayed as human servants, in others as divine creatures.  How are robots portrayed today?

Are these laws sufficient? And if so, do we as a society trust that they will be obeyed? In Colin McGin’s 1993 essay  Apes, Humans, Aliens, Vampires and Robots he attributes our angst on these issues to the fear that ¨artifacts (will) rise up and exert domination over us, bringing untold havoc and misery to our species. And here the contingency is merely the level of technological advancement of our machines. If we are not careful, the message goes, our technology will come back to oppress us¨. Does this common fear only pertain to the development of robots or does it apply to technology at large?

If you’re interested in how technology evolves and shapes us and our world, check out a book review by NewScientist’s Timothy Taylor on Kevin Kelly’s 2010 What Technology Wants or,  Kelly’s 1994 Out of Control which he has made fully available online.

You may also be interested in John Horgan’s 1996 The End of Science: Facing the Limits of Science in the Twilight of the Scientific Age