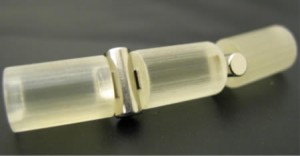 Approximately as large as pills, these tiny robots are made to self-assemble in a human stomach

Paolo Dario is a Professor of Biomedical Robotics at the Scuola Superiore Sant’Anna in Pisa who is heavily involved in the study of micro-machines for medical purposes. In coordination with 3 other European Universities, Paolo headed the The ARES Project (Assembling Reconfigurable Endoluminal Surgical system) which ran from 2006-2009. The project aimed to develop tiny robots as new surgical tools, capable of entering the human body via oral ingestion or  a minimally invasive incision. While this project specifically focused on the investigation and development of a surgical robot for the gastrointestinal tract, technology such as this can also be applied to the study of the urinary tract and the circulatory and respiratory systems. Where do researchers look for inspiration for the development of these types of machines?

Well, why not worms? Simple invertebrate animals provide scientists with many tips and tricks on how to maneuver through a slippery and unstructured environment such as a human stomach. Find out more about this project in an article featured in last year’s Scientific American. You can also read about the full ARES project HERE 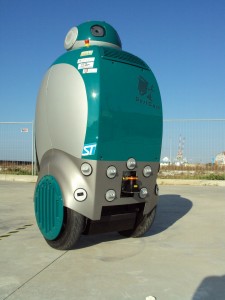 Dario heads many other research projects such as  DustCart project (pictured right) which aims to solve problems for waste authorities across Europe.  He is also the director for the coordination action of the Robot Companions for Citizens FET Flagship.

This entry was posted in Biology, Robots and Health, Robots and Research and tagged Paolo Dario, Surgical robots. Bookmark the permalink.