How is research funded in Europe? 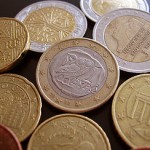 The European union’s Lisbon strategy aims to have Europe become the “most dynamic competitive knowledge-based economy in the world”.  “Framework Programs” (FPs) are financial tools used to achieve ambitious goals such as this by providing support for European research and development activities.

What does European research focus on? 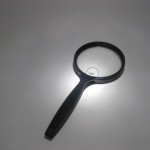 FP7 is currently in place with a strong focus on information and communication technology research (ICT), which is vital to the competitiveness of European industry and to meeting the demands of its society and economy. A specific focus within FP7 is cognitive systems and robotics. With a solid base in industrial robotics, European robotics research also focuses on professional service, domestic service, security and space robotics. Extensive analysis of market developments and future opportunities are being continuously performed to help maintain and expand Europe’s  leading position in this sector.

Where does European robotics stand globally? 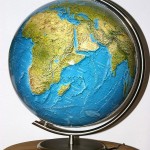 The potential in the field of robotics in Europe is huge: there are strong robotics and automation suppliers supported by a well networked education and research community. European nations that are most involved in robotics are Germany, Sweden, Italy, France, Finland, Belgium and Spain. The need for robotics in Europe is also great in terms of security, healthcare, industry and the monitoring of everyday environments.

About 300 million households may start employing robots once more sophisticated abilities will allow them to assist in homes reliably and efficiently. This is of particular interest in the context of Europe’s ageing population. Who are Europe’s global competitors when it come to robotic technology? Asia is a major powerhouse with Japan leading other nations such a Singapore, South Korea and China. Japan has produced many commercial robots, sold to assist humans in daily tasks. Japan has also discovered a market for custom-made robots which is being propagated by an increasing demand for personalization of the users’ needs.  Europe’s other main competitor is the USA, recently taking a great interest in the development of rescue robots. Other emerging nations in the the field of robotics research and production are Canada, Brazil and New Zealand.

Here are some robots from around the word! 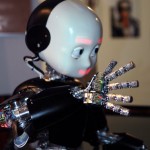 Europe- icub is a simulation of a human child. The key motive for its development is to test the theory of embodied cognition. The main theme of this theory is that our learning of physical acts have a great impact on the development of our cognition. icub is able to interact with the world much the way a small child does. Among other capabilities, icub is  able to:  crawl, grasp objects and express emotion through facial expressions. 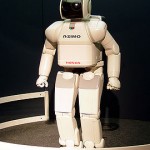 Asia- Created by Honda, Asimo is designed to help humans perform tasks that form part of their daily lives.  Asimo can recognize faces, moving objects and its surrounding environment. It can also  distinguish sounds as well as  human  gestures and postures .   Asimo can also use its access of internet  to  deliver useful information to its user. 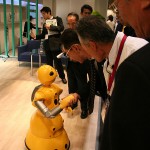 Asia- Created by Mitsubishi, Wakamaru is a one metre tall humanoid robot  that moves on wheels. It can watch over a household, monitor the  condition of a sick person and carry out secretary skills.

North America- NASA’s MER-B Opportunity was sent to explore Mars in 2003. The robot’s main purpose was to collect rocks and soil to give scientists more clues about past water activities on the red planet.

2 Responses to Robotics in Europe